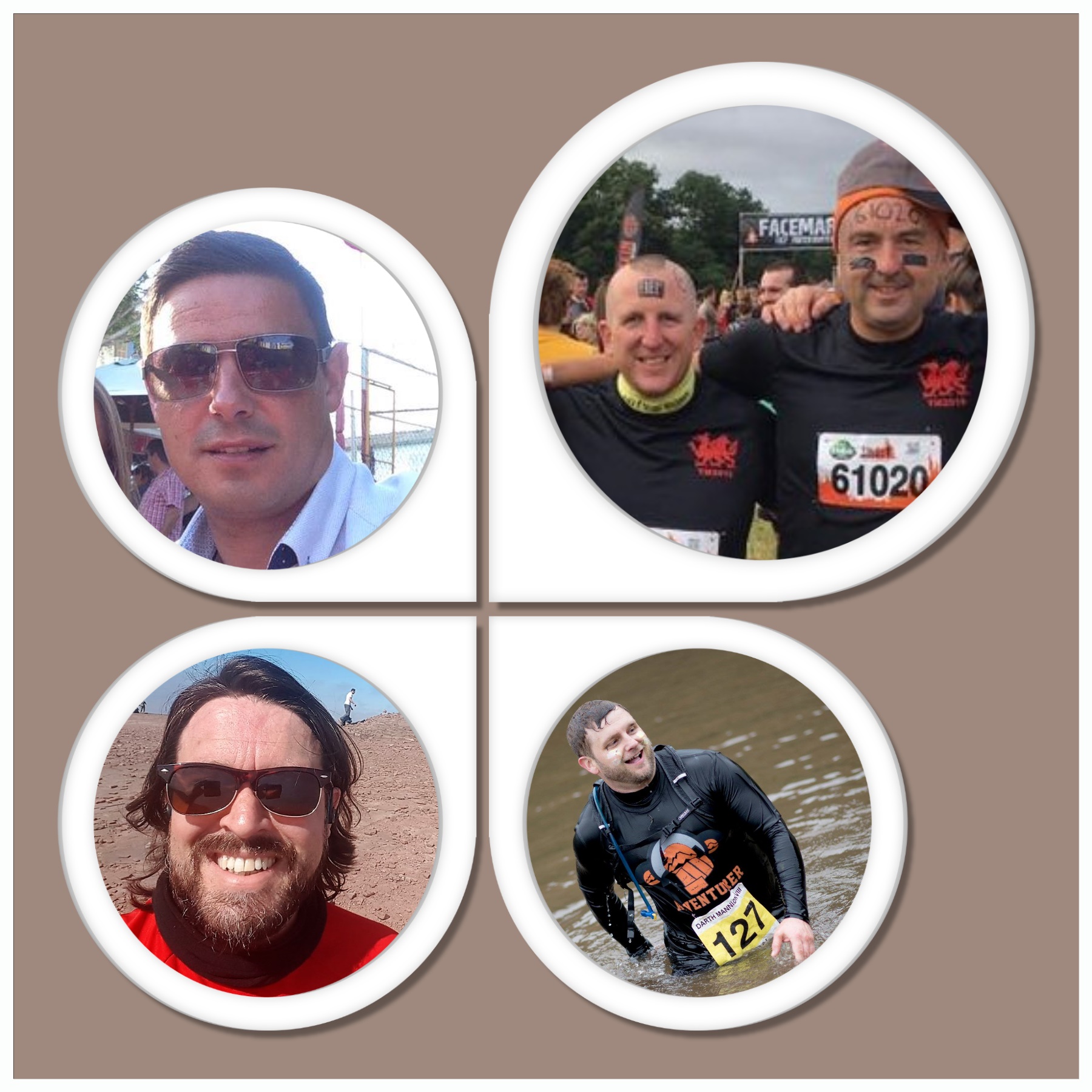 As well as being a party to end all parties, last year’s MsFit & Brawd Christmas party was once again where we present the member’s awards, voted for by the ladies and gents that make up our wonderful groups. When the hangovers receded, we asked them a few questions about their awards:
1. How did it feel when your name was announced/what does this award mean to you?
2. What are your health & fitness plans for this upcoming year?
3. Other than winning the award, what one memory stands out from the MsFit & Brawd Christmas party?

Their answers did not disappoint!

Athlete of the Year: Arran Dawkins
‘First reaction….’wow’, I was chuffed to be nominated but you don’t expect your name to be called. Absolutely honoured and proud to have earned the votes amongst a top bunch, everyone gives 100% so really means a lot to get such positive feedback. Moved to Wales around 8 years ago, tried to get into a few groups/clubs etc. but for whatever reason never stuck at them, joined BRAWD pretty much 2 years ago now and haven’t looked back. Apart from being a lot fitter, have a load more friends, a much better social life and have done things I’d never have expected (Darth, 3 Peaks, MDG, Tough Mudder, Coasteering etc. on the BRAWD adventure). As has been said before it’s all about people, that’s what makes BRAWD and MsFit different and why we stick at it. At this point (as I should have said on the night!!) I would like to thank my wonderful wife for kicking me until I joined. And of course, am also enjoying the banter that goes hand in hand, got to keep up the A game as they say.
Keeping the trophy on my shelf for another year of course! Joking aside, there is a lot of competition so if I’m anywhere close then I’d have had a good year. So far I don’t have many events in the calendar for this year, plan to eat better and do more strength work between boot camps. Have started running again in preparation for Darth, haven’t run regularly since MDG last June so need these types of event as motivation. Would be good to complete my first marathon or do a half in a good time.
Hmm, I likes a drink and am one of those who needs a recap. Was a top night as usual, recall there were a few mishaps late on but it has to be seeing Dai Lewis and Daf when I walked in, brilliant!!!’

Legend of the Year: Mark Lawlor!
‘It really means a lot to me. I was a bit p*ssed so it took a few seconds for the penny to drop that it was my name that was announced. I can normally talk for Ireland, but I was generally lost for words. All I could think of was the cheesy “I always wanted to be a Leg End” joke – CRINGE. But it really does mean a lot that people voted for me for whatever reason. I like to think that my actions and attitude to giving it all and easy goingness (is that a word?) rubbed off on my fellow BRAWD brothers in a positive way encouraging them to progress and improve their fitness and mind-set.
Well I have very busy year ahead with lots of events and I’m sure more will creep in. Unfortunately each event required me to be fitter than I am now. So my health & fitness plans is to attend as many boot camps as I can, but the events I am undertaking involve running and more running. I did Darth Mannion and Dublin Marathon last year and I am doing the same again this year. Even though Darth is half the distance, it was equally as hard both mentally and physically so I know what I need to do this year in preparation to be at the top of my game, well as best as I can. The fitter I can get the less stress it will be mentally doing the events so they go hand in hand. A healthy body is a healthy mind. So I will get the miles into the legs, follow a well-structured training plan for each event and attend Daf’s sessions on a Wednesday to try and look like Simon Watts. Training for running events can be very, very lonely, so I hope to get more involved with group organised running training. Let’s see what happens, Bring on 2018!
I remember turning up at the party and I don’t remember leaving. I love everyone have a laugh and a good dance. Andrew Harris still hasn’t paid me my celebrity attendance fee for hosting the raffle, but that was to be expected. As they say in Ireland, the Craic was mighty so it was!
P.S. I am always available to chat to any Brawd or MsFit who may have worries or concerns regarding up and coming events. I’m happy to try and give any advice based on my experiences and hopefully overcome their worries and help reach their goals!’

Most Inspirational/Best Transformation Member: Jackson Harris
‘I was absolutely made-up, both to win the award and be nominated for AOTY (this year men). I haven’t won anything since 1984 when me and my Dad won Yeo Moor Primary School Sporting Superstars, a challenging series of Father and Son sporting events.
I just want to keep pushing on with my Fitness this year, keep getting fitter and keep challenging myself.
The other stand out memory was just chatting to people about the memories of the year. Darth Mannion, the Big Brawd Adventure, the Three Peaks and Tough Mudder. It was lovely to hear Jo Shires speak so fondly about her memories of the Three Peaks in her winner’s speech. I just can’t wait to get started on making new memories this year.’

Best Newcomer: Jamie Everitt
‘Honestly I was a bit overwhelmed. There’s so many people I think deserved it more than me. I was pretty chuffed just to be mentioned alongside John Haskell and Kenny Sievewright – both actual Brawd legends as far as I am concerned.
Get rid of my belly! Plus more running. I used to run a lot but got fed up of getting injured, mainly calf strains. Injury situation is MUCH better since joining Brawd and I’m starting to enjoy running more. Good news as I have Darth and Newport marathon coming up.
Daf and mini Daf!
Honestly Daf and Dave Lewis in identical outfits might have been the funniest thing I’ve seen all year. I hope they make it a yearly thing.’

MsFit & Brawd Hero of the Year: Andrew ‘Pops’ Harris
‘Hand on heart I was shocked & gobsmacked. All in one emotional moment.
I was also a bit embarrassed as I’m still not really sure how such an amazing gift came my way. To be recognised this way by the Coaches is a real honour and I am more than grateful as we have so many stand out members amongst our family who do far more than me. I’m also very, very proud to be a small part of such a giving group of selfless people.
Well what can I say? As I now have lifetime membership, I will ensure I make every use of this, and work hard to remove the timber I put on last year. I may even attend a Wednesday class with the Arnie wannabes.
2017 was a very difficult one for me personally, however most of the happiest times I recall was when I was involved with anything Brawd/MsFit related. Clean slate for us all so let’s make our luck good and keep doing what we do.
One memory? That’s hard mate, why not 3?!
Ok – I won’t mention the amazing result of our raffle.
OK – neither will I mention one of my favourite members “Nan” winning Athlete of the Year.
What I will mention is the whole evening from start to finish had a great vibe to it, everyone mixing, everyone chatting dancing and having a real great time. Every winner and the nominees should get a shout out, Lawlor should have a shout out as he had a bath, Daf & Dave’s matching clobber but to best thing for me is we are a family and have something very special and the party was living proof of that.