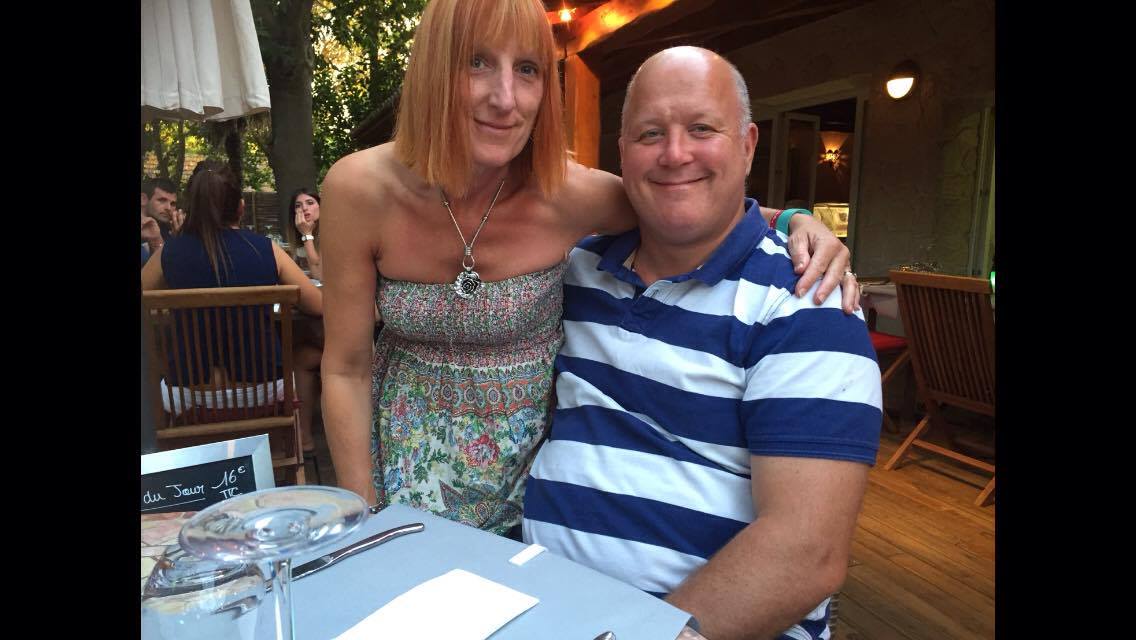 1. What do you do for a living? In film, who is your favourite (not necessarily accurate) representation of your profession?

Kojak, I got the looks, the gruffness but underneath it all I care what happens to people

2. What regular exercise did you do before Brawd? What new forms of exercise/sport have you discovered since joining?

I played rugby from school boy right through till 32ish. Described as a marauding number 8, in other words no one could stop me from a 5 yard scrum. After that is when my fitness went downhill and spent 10 years of trying to keep fit periodically in between bringing up children and juggling work and family life. It was Sarah who saw the advert on FB and I started in March 2014 and haven’t looked back

3. What does a day chilling out look like to you?

For me it’s always about family time so being away in the county side with Sarah and kids in our motor home, either at a camp site or a wild camping location, usually cycling or in the sea with boards and a few beers as the sun sets sat in the great outdoors.

4. What is it like having your wife, Sarah, in MsFit? Have you trained together or participated in an obstacle course race together?

It took me ages to persuade her to join, trying to explain the inclusive, supportive approach that Brawd/ MsFit engenders, she had never played team sports so was hesitant but finally gave it a go and hasn’t looked back. We regularly go out running or cycling together. Although running isn’t so much fun as she chats the whole way round whilst all I can manage is to concentrate on breathing and finishing. We have completed 2 races together, well I say together, I stayed with her most of the way in Invincbl last November but after the start line in Darth Manion she was gone!!!

5. A good old strength session in the gym, kettlebells on the beach or a yomp through Porthkerry Park: which do you look forward to the most? Is there a new exercise/location you’d bring in?

Difficult one, they all have their merits and depends how fit or stressed I am feeling at the time. For me the best part of the fitness side to Brawd is that it’s different and new each time, even when we repeat some of the sessions such as 7 sisters or the pack of cards or farmers walks there is always a new element/twist which keeps it fresh. I find that not knowing what the session is going to be stops the little voice in my head telling me to stay at home and watch EastEnders in the warm instead!

6. Who does the cooking, you or Sarah? And what’s her or your speciality?

We both cook, but to be honest I am a bit of a control freak so prefer to do the cooking. I try to make the meals as healthy but interesting as possible with a variety of new ingredients. I haven’t got the flare to make recipes up so usually follow them from books or on-line.

7. In a film of your life so far, who would play you? What genre of film would it be?

John Candy (when he was alive) a big hearted buffoon!! (been told I look like him!)
A slapstick, chaotic farce with no real script and too many twists to know what will happen next.

8. Brawd and MsFit have just successfully run their first 3 Bays, 3 Dips Challenge in the Vale in support of the Welsh Air Ambulance. If you were helping organise next year’s event, what would it entail?
Sounds like it was a fab event and we were gutted that we were away. Whilst life is about the taking part I think it’s also important to have winners so that people can strive for better so maybe having some winners would be a good addition along with evening entertainment such as a band similar to Darth Manion.

9. If you had to organise Glastonbarry with a magic wand, which top 5 acts together/split up etc. – would you have on the bill?
In my mind it’s a hot summer’s day, cloudless sky with a light breeze,

The Smiths (just for me and Mike Walmsley)
Pink Floyd
U2 (I know they are sanctimonious, but great in concert)
Simon & Garfunkel
The Doors

Massive impact, not just the fitness side of things but also the mindfulness elements and making a lot of new friends with very similar outlooks on life. Finally made me realise that there are a lot of nice people out there who I enjoy spending time with because I want to rather than I have to. Without sounding too corny and sickly I am just repeating what other people have said Brawd and MsFit is a family who does a lot to look after each other.

Whilst having a reasonable standard of fitness I always struggle with weight loss and it’s not because I don’t know what to eat or drink, it’s because I choose to eat and drink the wrong stuff, so going forward it’s to continue on the path of healthier eating and drinking, with some of the principles of Precision Nutrition thrown in.

Also as I head quite rapidly towards 50 I want to maintain my fitness levels and health going forward into the second half of my life, Andrew Harris told me a few years ago how important it is!

Interesting salads with pulses / beans and greens, along with good quality steak.