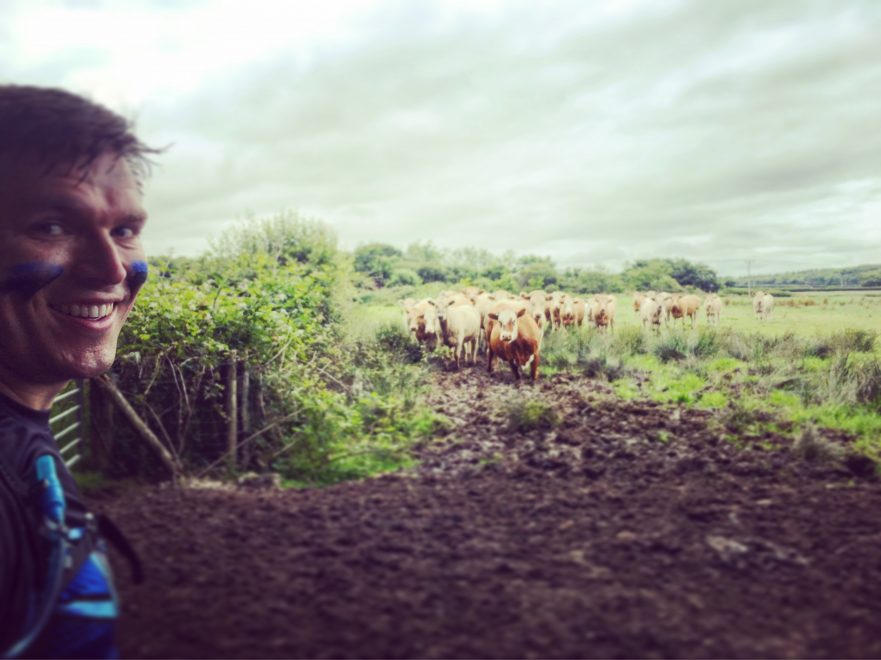 By David Carey:  Chief of Staff – The Dark Side of Running

What did the Romans (or Greeks for that matter) ever do for us?

Well they gave us roads, sewers, the calendar, democracy and Stoic Philosophy.

Hold on a second…Stoic Philosophy!?

Well Stoic Philosophy (in my humble opinion) is one of the most important things they passed on; it provides a pathway to live a happier, more fulfilled life; it also provides unpretentious teachings on how we can accept adversity and discover more opportunities.

Marcus Aurelius, an Emperor of Rome, a principle leader of stoicism. You probably remember him as the Roman Emperor played by Richard Harris in the movie Gladiator. 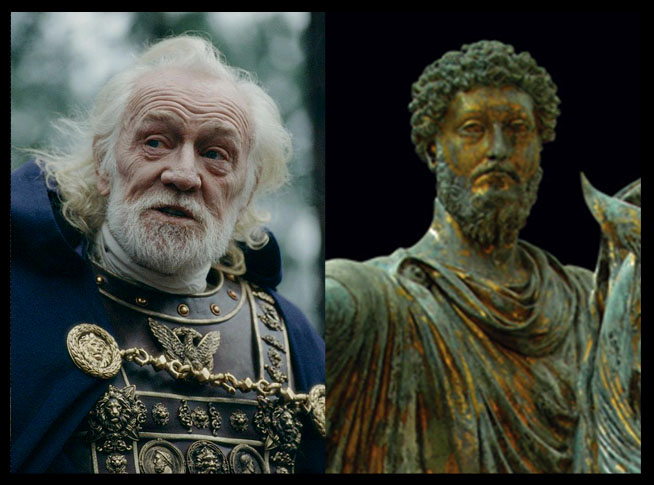 His most famous teaching is that all emotions come from within:

“Today I escaped anxiety. I discarded it, because it was within me, in my own perceptions not outside”

Stoics argue that it is not outside forces that make us feel angry, fearful or sad; it is how we think about the situation. A negative remark, a change of job or a forgotten anniversary are not inherently distressing – it is one’s cognitions of these situations that cause stress.

Many of us want to place blame on external situations because it’s easy to do, but the truth remains that all struggles start from within. 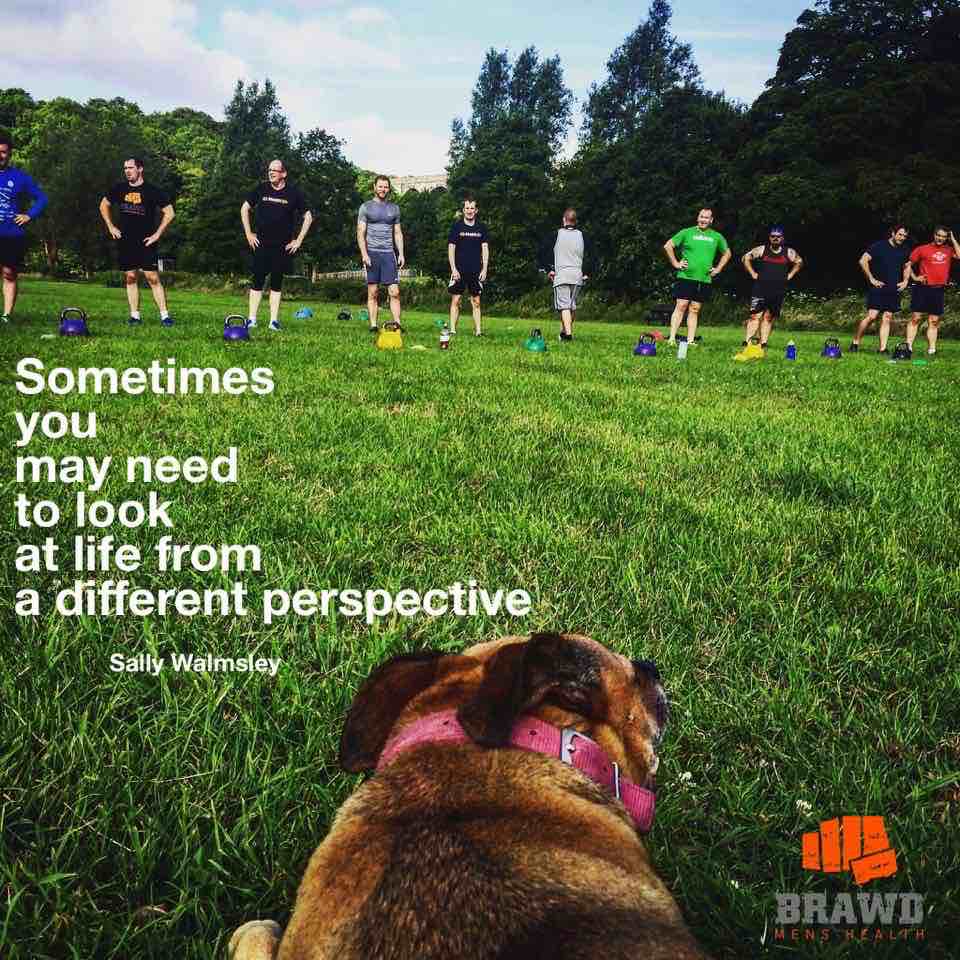 This concept is at the heart of Cognitive Behavioural Techniques (CBT).

The Cognition Model states that an activating event stimulates a thought, which results in an emotion.

Often though we ignore the thought and associate the situation directly with the emotion.

Your boss ignores you one morning and it results in a feeling of anxiety – what have I done wrong? He doesn’t like me!

Stoics would encourage you to stop, explore the thought that created such anxiety, don’t just accept it.

Apply a logical filter against your cognition, have you really done something wrong, can you truly judge whether your boss likes you based on one situation.

Does this correlate with other evidence? (If not its likely an impulsive reaction that is sparked by the Limbic System – see Blog 1.

The cognition model suggests that when one experiences negative emotions:

The Stoics introduced this idea but it is at the heart of modern day psycho-therapy techniques such as CBT and also Sports Psychology.

Stoic’s would argue Health and Wellbeing is is as much about creating balance in one’s own thoughts and feelings, as it is about a working towards healthy body.

The Stoics were also aware of how little we control in life.

None more so than Epictetus, a Stoic philosopher of the first century, who grew up a slave in the Roman Empire and later went on to be Marcus Aurelius principle teacher.

He divided all his concerns into two categories:

We can’t control the weather, 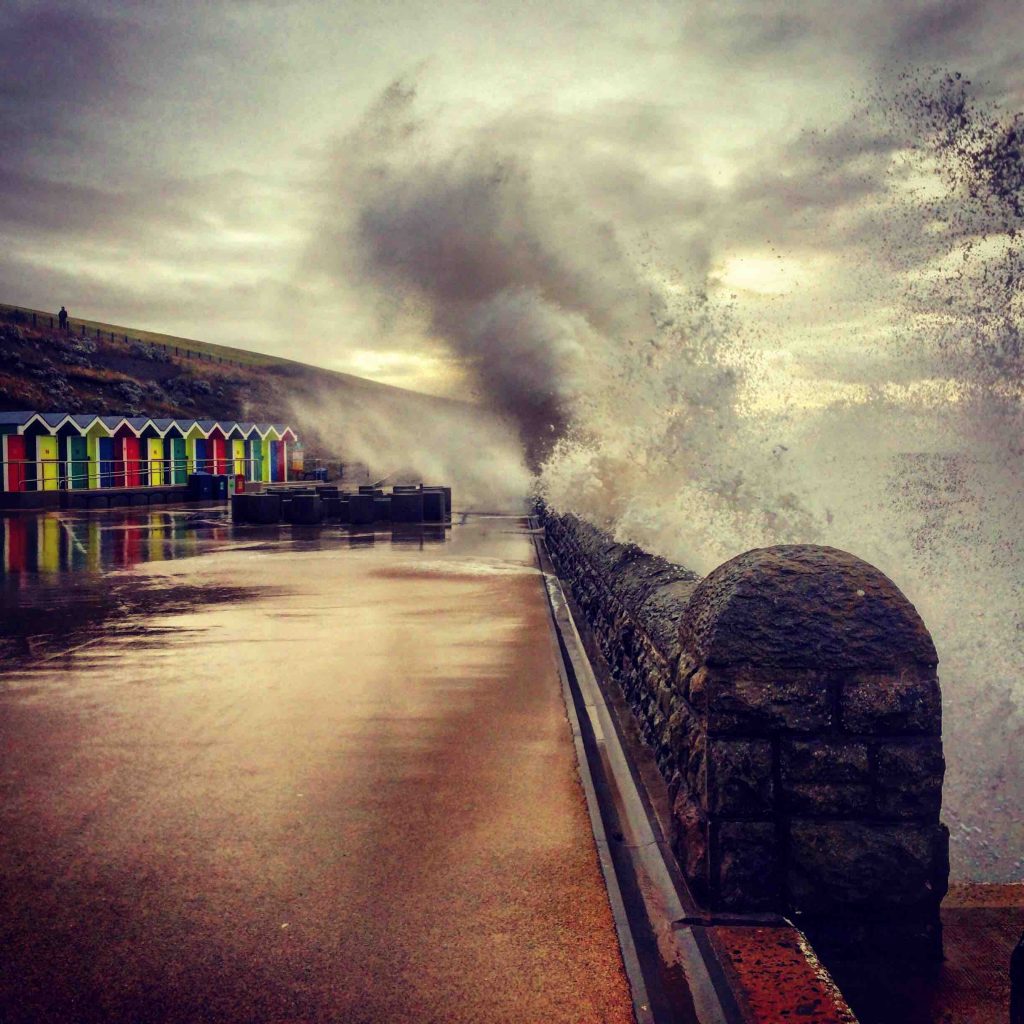 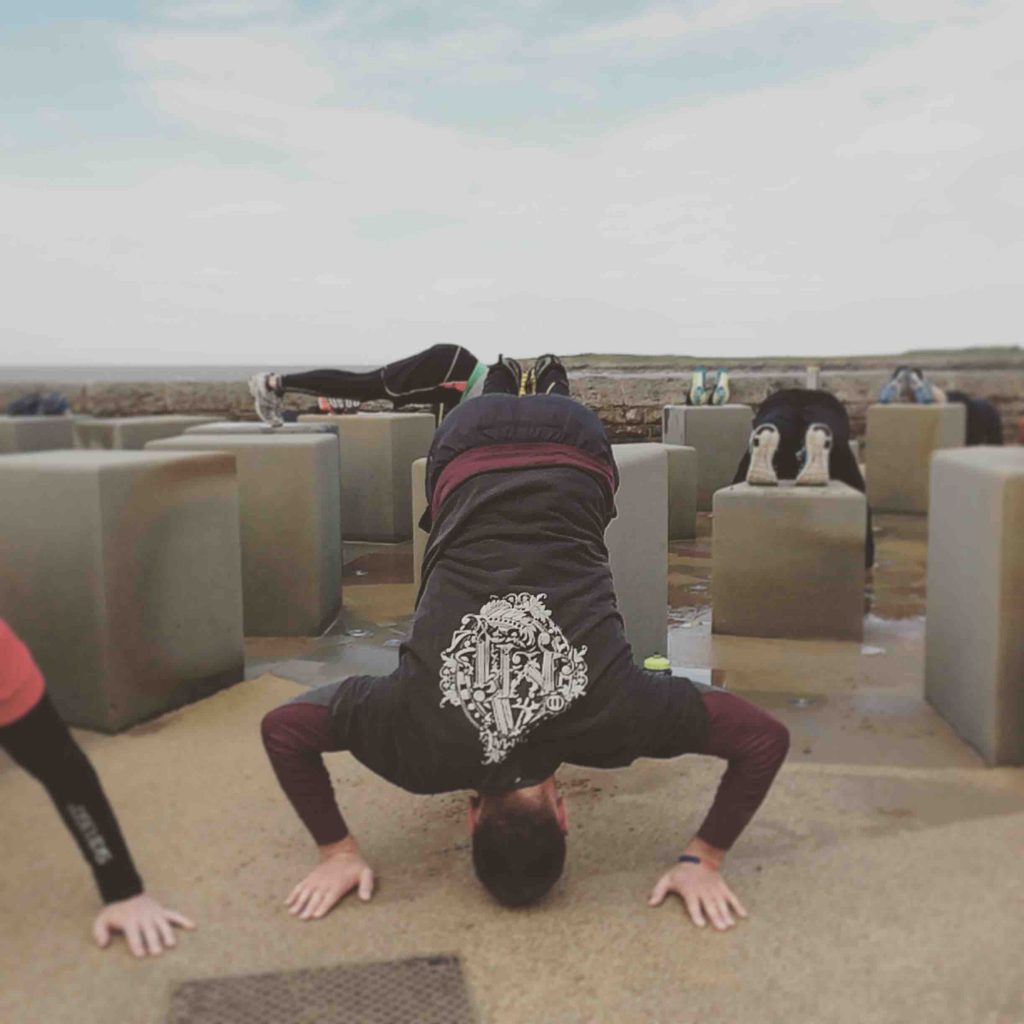 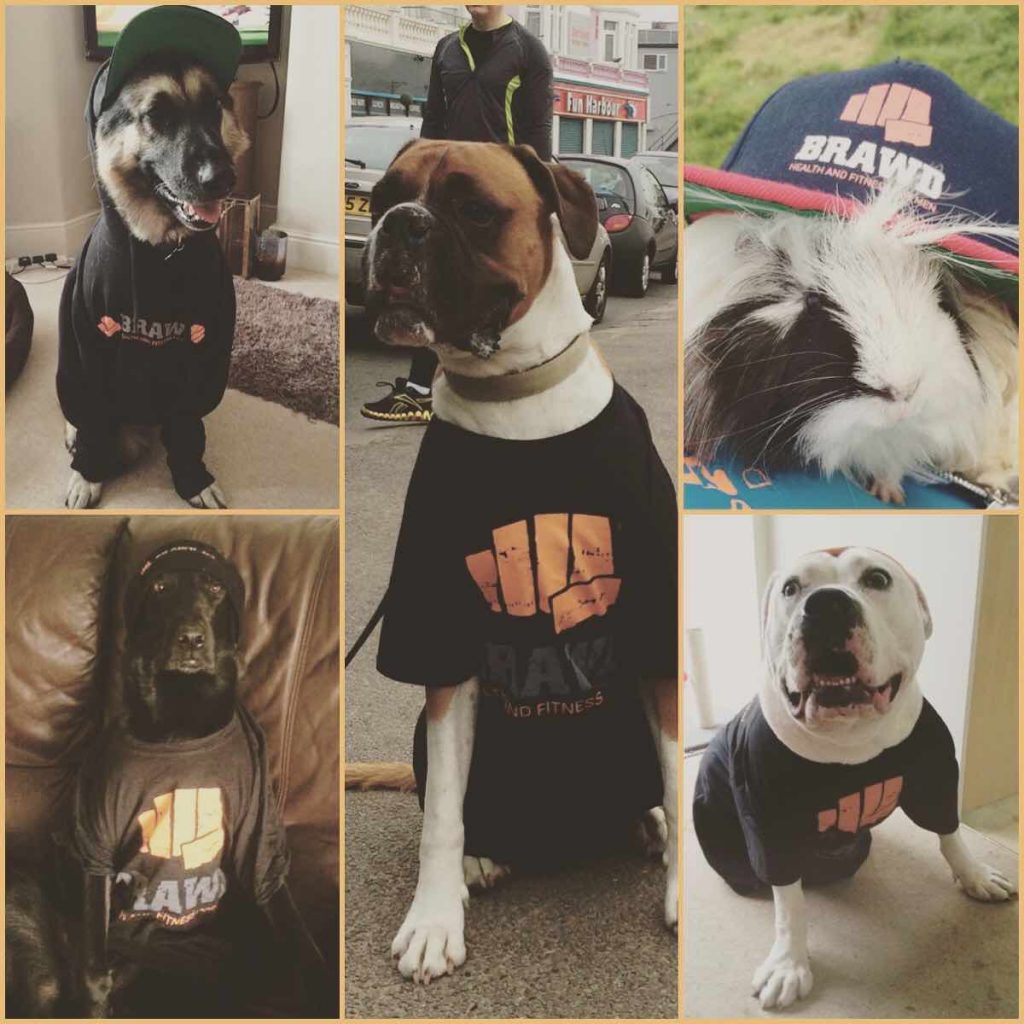 We can influence some of these things, but we don’t have complete control over them.

Epictetus suggested that problems arise when we try to exert complete control over something external.

As an example, people who suffer from social anxiety often rest their self-esteem on others’ judgments of them. This makes people feel helpless and frightened.

The remedy is to stop trying to influence others’ opinions, focus instead on understanding the link (thought) between the emotion and the situation; and then controlling it.

Stephen Covey, in The Seven Habits of Highly Effective People, introduces the concept of Circles of Concern and Influence, which is a modern way of thinking about Epictetus’s teachings.

Covey tells us that in life our Circle of Influence is smaller than the Circle of Concern.

When we are impulsive, we tend to focus on the Circle of Concern, which reduces our positive energy, because we have no control over it.

The energy focused on the Circle of Concern is negative.

This will add to feelings of distress and vulnerability, because you cannot change anything in the Circle of Concern. 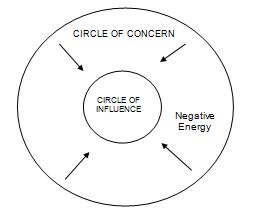 When you act on your Circle of Influence you are able to decrease stress levels and increase happiness, because you can influence change.

Consider an individual working for a company that is reducing manpower.

If that employee spends time worrying about their future, they will be wasting energy and will feel helpless.

However, if they talk to their manager to learn how they can add value to the new organisation and ensure their skills are up-to-date, they will be proactively directing actions towards things they can influence. 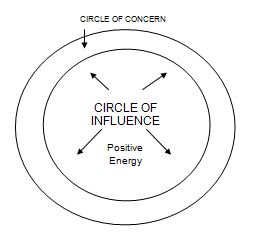 This concept is a great tool to direct energy on things we have control over.

Are you spending time in the Circle of Concern worrying about things you can’t control?

What can you do today to expand the Circle of Influence to increase positive energy?